The Worst Audiences... And How To Avoid Them 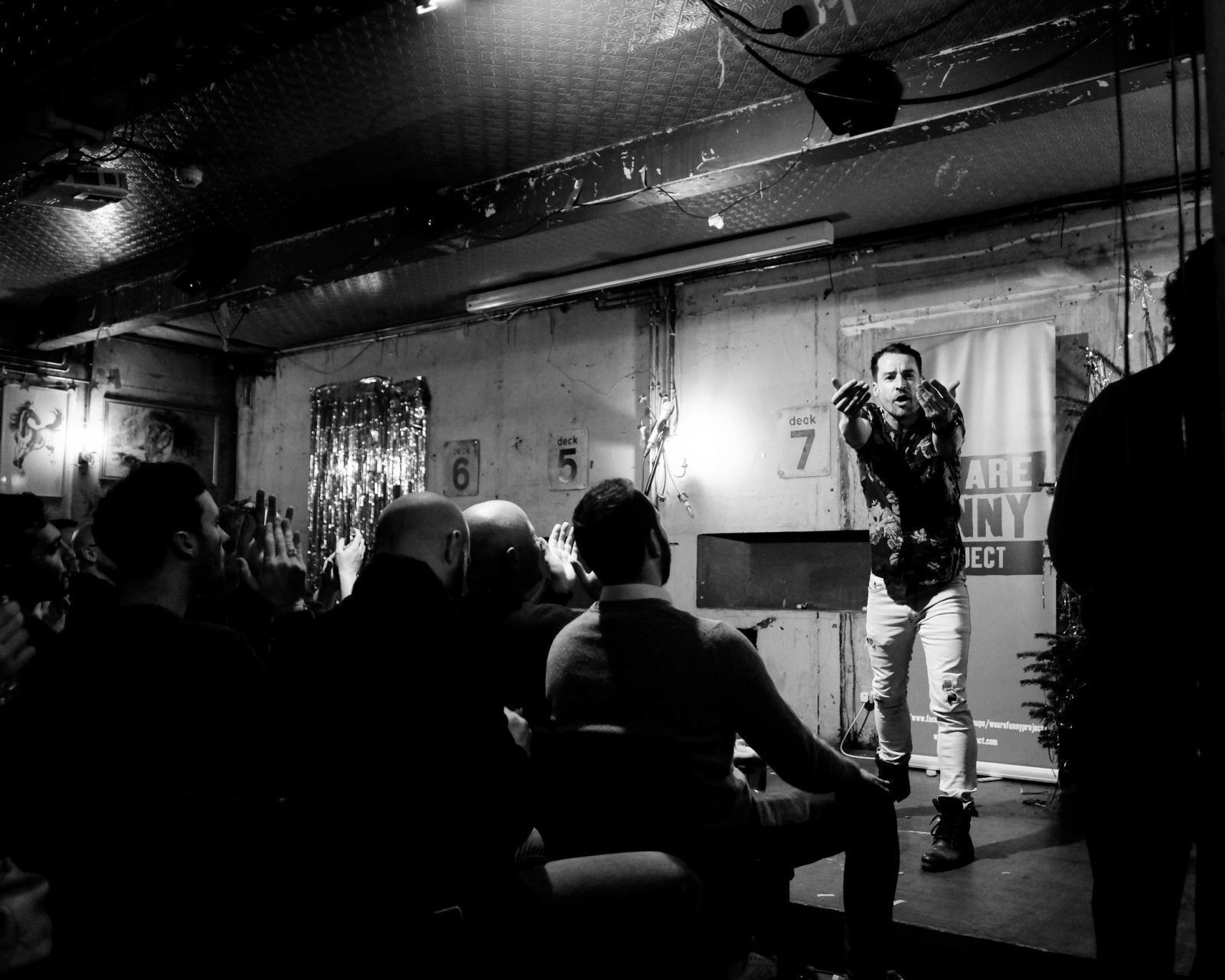 As I write this, I have a mere 16 gigs produced and promoted since the return of We Are Funny Project following the pandemic-fuelled lockdowns that kicked off around the world in March of 2020.

There has been a lot of work getting the revived shows promoted and booked. All while trying to come to terms with a scene that has changed and continues to change. I am quite well aware that I have a lot to learn in the coming weeks and months as live stand-up comedy battles for the return to something resembling full strength.

new acts have a lot to take on board as they tackle the steep learning curve of getting on a stage and trying to make a room of strangers laugh. I am utterly sympathetic to the challenges that they have set for themselves

My turf is London, England, and I operate in the open mike arena. I see my role to be that of a champion for grass-roots comedy, to encourage and support newer comedians and quite simply, keep fresh talent flourishing with maximum opportunities. The most important of which is the utterly precious stage-time. Good stage time. You know, with an actual stage.

Currently, I run 2 nights per week and over the course of a month offer around 120 spots. With just 16 gigs back in the game, this represents about 1% of the 1500+ shows I have promoted during more than a decade doing this, just a tiny sample of where we are at right now.

with all of that effort, I find it remarkable that so many new comedians struggle to think beyond their own selves, seemingly oblivious to aspects of our comedy “community” that benefit us all

Certain things are becoming ever more clear. Lots of acts who performed regularly 18 months ago have left, or are awaiting their return, and a huge amount of people have seemingly decided during lockdown that they would pursue comedy as soon as they were able. So many new faces, so many delightful new jokes, so many of the same old mistakes…

New acts have a lot to take on board as they tackle the steep learning curve of getting on a stage and trying to make a room of strangers laugh. I am utterly sympathetic to the challenges that they have set for themselves, yet simultaneously amazed at the all-too-common myopic methods employed.

Yes, any new performer understands that they have to write something, ideally something good enough to elicit laughs, to edit, rehearse, commit it to memory, ask for a gig, block that night out to perform, identify friends or family to invite if the gig is a “Bringer”, travel across town, sign in and then finally, get up and perform stand-up. It’s a lot. It truly is.

For those who don’t know what a “Bringer” gig is… these are very common in the open mike scene, and for good reason. These are shows that acts can only perform at, on the condition they bring at least one person with them to fill out the audience. While open mike comedians can be monotonous bores banging on about such shows in online forums, the truth is, those people simply have the option to not ask to perform at such gigs (and perhaps spend more time developing their set rather than moaning). Making a gig a “Bringer” is often the difference machine for a venue considering it worth their while providing a room for the show to happen in, based on likely drink sales. Further, there is a guaranteed actual audience for acts to perform to.

I was very touched when a regular performer with me once wrote, “You can go to WAFP without a friend and still see your friends when you get there”

I was saying… open mike acts are dedicated people who take on a lot to gig and develop their comedy chops, so very often bringing brave and original performances. Yet, with all of that effort, I find it remarkable that so many new comedians struggle to think beyond their own selves, seemingly oblivious to aspects of our comedy “community” that benefit us all.

Acts, and shows, can only thrive if there is an audience. I am a good enough MC that I can make a quiet room work, but it can never be a great night. Give me a full room and we’re golden.

I have never run a Bringer gig, it’s just not something I want to do with the We Are Funny Project. They are not necessarily the best audiences anyway, and I feel it’s an unnecessary hardship on acts to “find someone” when they just want to gig hard and often. I was very touched when a regular performer with me once wrote, “You can go to WAFP without a friend and still see your friends when you get there”.

As a result, the audiences in my shows are typically great. They haven’t been hassled to attend by an act that might not be ready to impress their nearest and dearest. They are there because they want to see comedy, maybe because their friend is performing, but it’s an option, not a requirement.

I want bums on seats and so should the acts

Naturally, there is a down-side to my non-Bringer policy. I have run many nights that literally only had the performers in the room (pretty much every single show during Football World Cups can be like that). This is the worst audience possible. Comedians. People who are typically just prepping their own set in their head while other acts are on, and after they have performed, won’t laugh at a good joke, rather, dissect it.

I’m a promoter, so it’s not surprising to understand that my job is to promote. And I do. I have flyerers working on show nights, a poster in the venue window, show details on the venue website, a respectable social media presence, paid Facebook campaigns and more… it’s my job, after all.

I want bums on seats and so should the acts. Once that’s achieved we all have a really good shot at a busy, fun and enjoyable gig. We Are Funny Project makes it easy for acts. Not a Bringer. Lots of spots available. Solid M.C. Live one-day workshops. Online courses for newer acts and budding hosts. Quality headliners to enjoy and learn from. Serious promotional efforts. Progression opportunities…

So, why is it that acts are so unresponsive when I ask them for a little help?

In the last 2 weeks I have made a point to email every act who performed the evening before and asked them to leave an “honest review” on our Facebook page. That’s nearly 50 people asked and, erm, at time of writing, an underwhelming 3 people had done so.

I imagine that the amount of time that We Are Funny Project saves an act on account of not needing to identify and manage a “Bringer” is greater than clicking a link and writing a few words.

The day before a show, I ask acts to post details and the event link on their Socials. It seems pretty clear to me that fewer than 10% actually do as requested.

Certainly I do not expect everyone to do everything, but these numbers are woeful. There are some lovely heroes in the mix and I wish for them to know they are greatly appreciated.

Indeed, it has to be recognised as basic human nature that those who are supportive and helpful are surely going to get booked more often. Typically 2 or 3 times as many people want a spot with me than I am able to provide. Basic business lesson 101: supply and demand. Of course I’m likely to give greater supply to the most supportive.

The worst audiences are comedian-only audiences. The way to avoid these worst-case audiences is to bring in real people, proper audiences. We need to remind the world how wonderful our beloved live and wild stand-up comedy is, that life cannot be lived entirely on a screen and laughter truly is a great medicine.

In a social media universe I suggest that the acts bear some of the responsibility to help to promote gigs, to promote themselves. Especially right now, as we recover from some very strange days indeed.

Just a few clicks, just a few words, from just a few people may make the difference in whether the audience out-number the acts, or God forbid, it’s the other way around.

I put it to the acts that you need to weigh-in and help promote the very scene, shows and community that you admire and enjoy. Your role as an emerging comedian should not end when you walk off-stage. Remember, we all reap the benefits.