Learning How to Write Comedy Doesn't Need To Be a Mystery 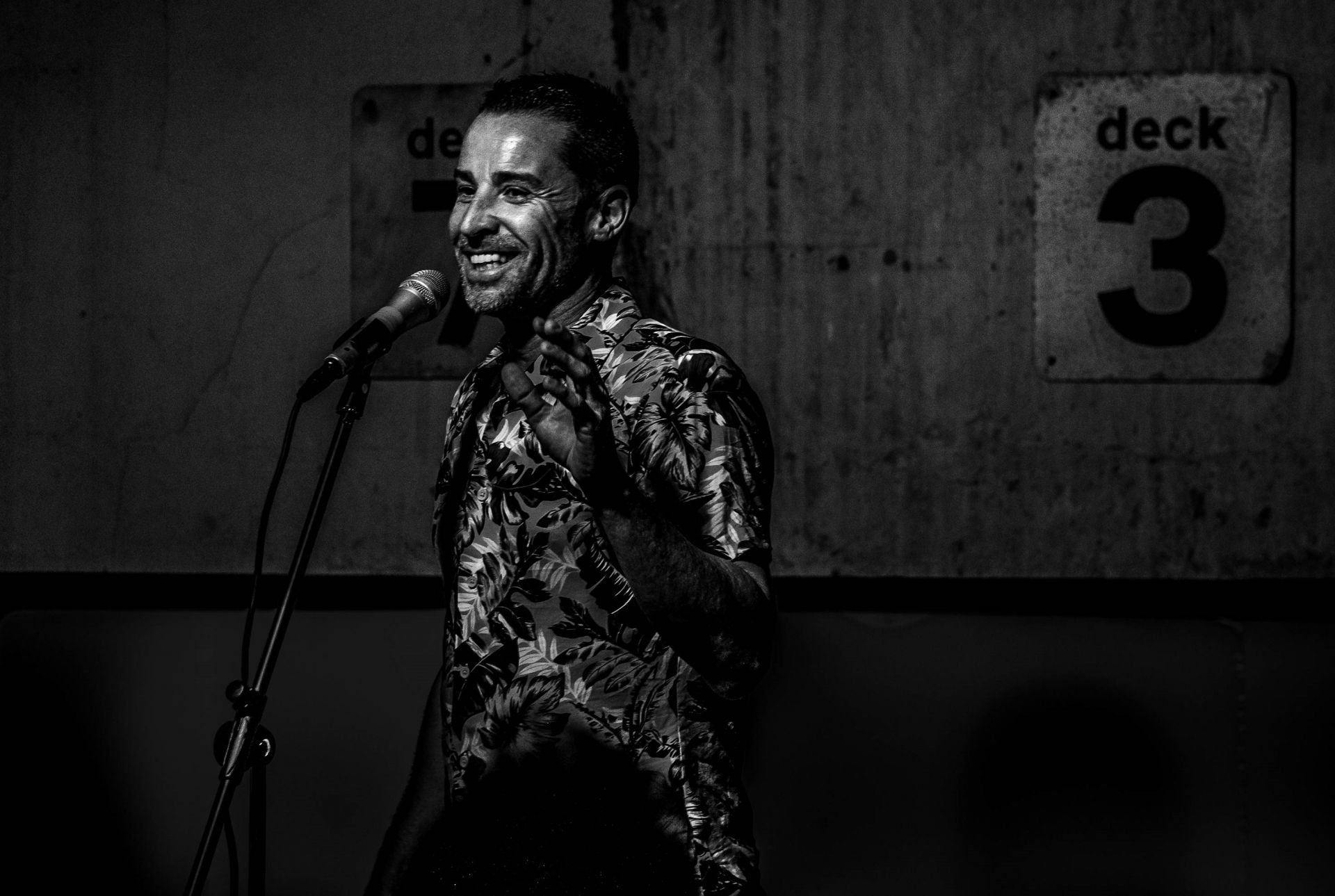 In this article I will provide lucid demonstrations of joke writing.

The reader will walk away with some formula and insight into joke structure.

However, please let me be absolutely clear…

Just because one has cooked a meal, they are not a chef.

Even though someone can play guitar, they probably are not a rock star.

Since writing a story, this does not automatically an author make.

The same is true that simply because one has learned how to write a joke, does not make one a comedian.

Lots of good jokes and heaps of performing is what makes a comedian.

There are many ways to write jokes. Here I will provide a few insights into joke writing and stand-up structures.

For the comedian… Just as for the chef, there are many ingredients and recipes.


For the comedian… Just as for the musician, a multitude of chords, genres and “attitude” to play with.

For the comedian… Just as for the writer they can choose from a plethora of styles from fantasy to fan fiction, short-form through a world-creating trilogy and beyond.

There is added power in the punchline because some of the words have a “funny” gentle sound and meaning.

There is absolutely no way I could, or even would, demonstrate all the ways to write comedy jokes. However, some basics will provide a solid means to develop skills in how to write jokes.

I have written and produced an online course, “Stepping Into Stand-Up Comedy”. This is especially designed for newer acts with fewer than 100 gigs to their name.


There is a free sample video session available here.

The reviews are in… for the course that can be studied any time, place or pace.

There are over twenty sessions within the course.

7 of these focus on practical and individual joke writing techniques and exercises.

Here is a link to a playlist of some edited samples on the We Are Funny Project YouTube channel. Please feel welcome to subscribe and comment, thanks.

Very often, comedy is about surprise.

Mis-direction is a key tool.

Let us appreciate that you are currently absorbing the written word. When performing as a comedian one is conjuring with the spoken word.

The latter can succeed where the former would fail.

These are words that have the same pronunciation but can have more than one meaning.

For example. “Prey” and “Pray”. You surely know the difference in their definitions.

I will now lay out a basic example in the form it would be presumed and heard by an audience. Naturally, due to the set-up and context created by the comedian.

Joke. “I regularly go to church and pray. It’s amazing how much money you can get out of a priest when you are heavily armed”.

The audience will do a mental contortion, review the set-up and realise they need to supplant “Pray” with “Prey”. The logic and surprise will get the laugh.

Now consider how many homophones there are for a comedian to work with.

The list of homophones goes on and on. Thus, so do the opportunities to tease the audience, mis-direct them and get the laugh.

Back to the blog... Logic must prevail. No matter how twisted. If the punchline (or twist) does not ring true with the audience then the joke will almost certainly fail.

Comedy and cinema have an awful lot in common. I am confident that, as a former film journalist, I shall be returning to this theme again as I write more articles such as this.

Having written the first draft of the joke there needs to be review after review based on tone, attitude, efficiency of language, genre...

Please allow me a brief stand-up simile with the cinema.

Imagine a person were in the middle of watching a film in the vein of say, Star Wars. Envisage the lead characters suddenly escaping from peril in a climactic scene through the use of a time machine.

Well, the audience would be outraged.

There are no time machines in Star Wars. There is absolutely no set-up or reference in the movie series to allow for time machines. The viewer would internally (or even externally) be totally pulled out of the film.

All because a dis-honest and inconsistent turn of events had taken place. The sub-conscious involvement of the audience would withdraw from the escapism previously created. Hell, they would also likely refuse to engage with the rest of the movie. That’s going to be a low score on Rotten Tomatoes.

With this in mind. Consider, had the previously described basic joke been delivered thus…

“I regularly go to church and praise. It’s amazing how much money you can get out of a priest when you are heavily armed”.

There is no logic. No mental contortion or surprise other than, “What? That doesn’t make sense…”

A comedian can also write a joke based upon the common cultural pre-conceptions of an audience.

An area of the language that is ripe for comedy is “Initialism”. Not to be confused with an “Acronym”. Though both are fertile territory for writing quality jokes.

An “acronym” is where the initials from a series of words create a new word. Eg: NASA. National Aeronautics and Space Administration.

An "Initialism" is where the actual initials have a common understanding but are still spoken separately. Eg: M.I.A. Missing In Action.

If you want laughs, a solid basis is to put the audience somewhere that it did not expect to go. With logic.

A comedian has a luxury of understanding. When certain acronyms, or initialisms are spoken, the audience will subconsciously fill-in the meaning.

Here’s another basic example that turns this concept into a joke.

The audience will subconsciously equate those initials with “Bondage, Domination, Sado-Masochism”.

Then, a new, surprising and logical frame-of-reference has been delivered in the form of the punchline. Hence the laugh.

There is added power in the punchline because some of the words have a “funny” gentle sound and meaning. Especially “Doughnuts” and “Muffins”.

The comedian would likely experiment and rotate the critical 4 words until finding the best joke recipe.

Perhaps “Milkshake” would be better than “Muffins”? Though I doubt it. The original choice here has a lovely tone all its’ own.

Maybe “Dumplings” is funnier than “Doughnuts”. I think it probably is. “Dumpling” is a beautiful word to both say and hear.

It is significant in the punchline to reframe that set-up and state it’s a “food fetish”.

Further, there’s a little more space to describe the fetishist as “hefty”. Arguably another more pleasing word. Certainly, preferable to the harsh and more judgmental, “fat”.

The tone of the punchline hinges on using the “hefty” over the “fat”. One can be truthful yet admiring. The other sounds critical and damning.

Remember my earlier points about other art-forms such as cooking, musicianship and writing?

Well, having written the first draft of the joke there needs to be review after review based on tone, attitude, efficiency of language, genre, ingredients…

Very often when writing jokes, a fine touchstone is to consider the subconscious understandings and expectations of the audience. Then subvert them.

Back to my cinema references. There is a lovely and under-appreciated film from 1992 called Mr Saturday Night. It was co-written, directed by and starred, Billy Crystal.

This was clearly a life-long ambition of a film that he was finally able to make after becoming hot-as-hell at the then recent box office.

In the movie, the lead character is Buddy Young Jr, a stand-up comedian. The funny man, in this film about being funny, repeatedly explains the audience to his lesser acquaintances, “They think they are going here”, gesticulates to the right, “I put them here” and gesticulates to the left.

If you want laughs, a solid basis is to put the audience somewhere that it did not expect to go. With logic.

Now… would it be better if it were, “Biscuits, Dough Balls, Spaghetti and Margarine”?

To get your .pdf copy of 8 Problems Comedians Run Into and How to Handle Them--and get regular updates and offers from the We Are Funny Project--leave your email address below, and we will send you a link to your e-book.
Thank you!