Countdown. Number Four of The Seven Most Powerful Ways to Improve Your Stand-Up Comedy 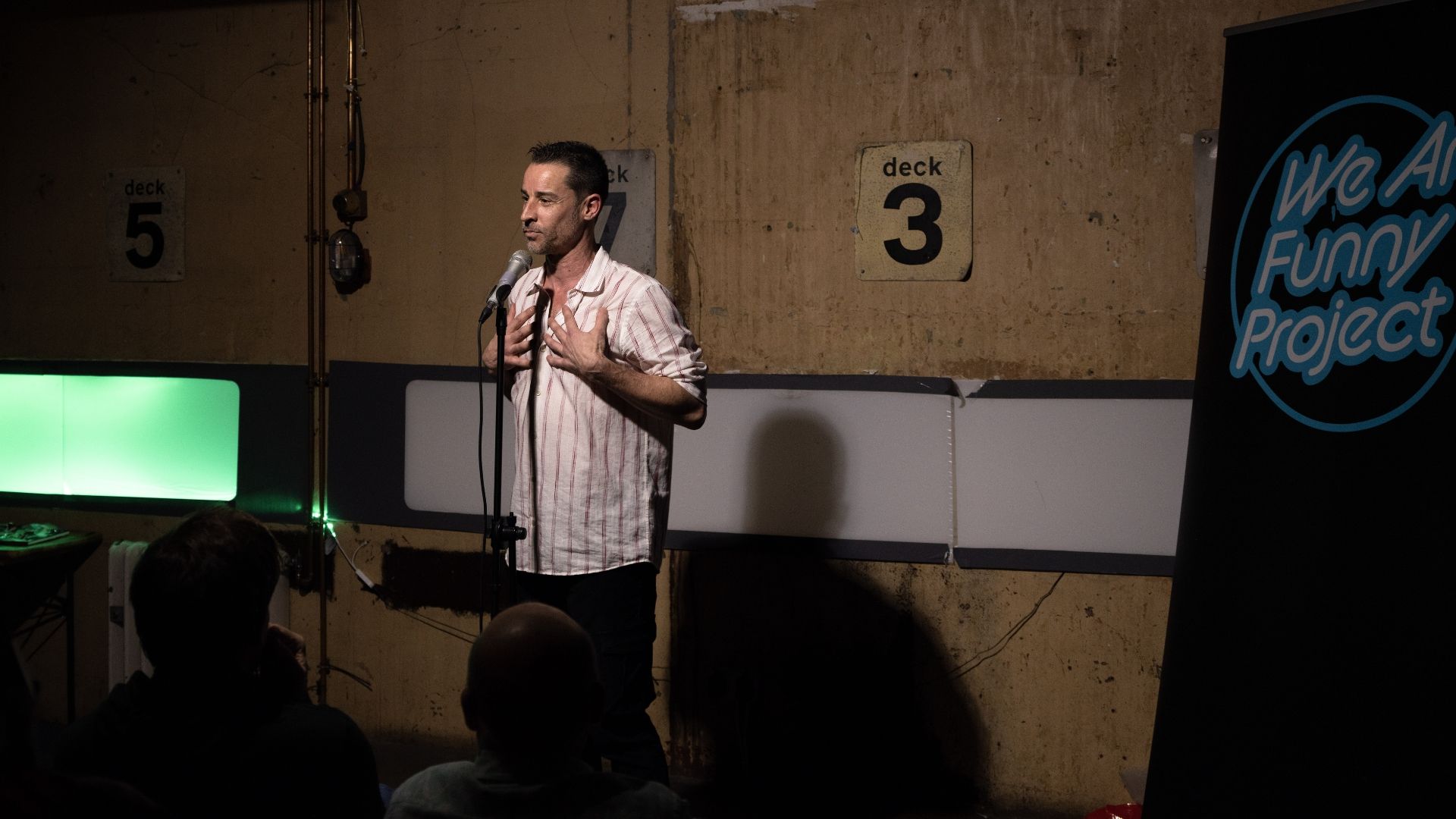 Welcome to the fourth part in a countdown of the seven most potent methods comedians can employ to improve their comedy writing and stand-up performances.

Allow me to point out, in the words of the mighty and fictional Basil Fawlty, “the bleedin’ obvious”.

Yet, almost without exception, the spoken words are developed in the written form.

Until they are suitably advanced, readied for the verbal.

Writing is a discipline. It is not necessarily easy.

Meet the premise for this blog… write, and write often. It’s free. Essential.

The writer will often get in their own way by setting some arbitrary standard for themselves, for example, “I’m going to write for an hour every day”.

Such a high bar invites failure. When the budding writer fails to meet it, the ambition fades and quite possibly, the private self-loathing and frustration bloom a little.

The simple and effective way is to… “Just 10 minutes”.

At worst, you did something. The frustration/self-loathing should be absent/minimal.

Hey, “writing time” doesn’t mean you actually have to write. It helps if you do, but it’s not essential. It’s just that you can’t do anything else either. No phones, no films, no doodling… Use this time to ponder. Think on some of your concepts. Feed your sub-conscious with contemplations.

I believe you’ll often be happily surprised with a luscious “random” angle that pops into your head a day or two later.

Give your sub-conscious genius an opportunity to intervene later, by focusing for “Just 10 minutes” sooner.

Quite likely, having broken the back of making oneself sit down and commit to 10 minutes of actual writing, the juices will start to flow, an idea emerges, an image amuses… and off you go, scribbling or typing away for some time longer than “Just 10 minutes”.

After a few weeks of “Just 10 minutes” action, the likelihood is a habit will have developed.

Further, since this is now a routine part of your creative process, you will be much more attuned to the world, savvy to new inspirations, sharper to new observations… meaning more good stuff going through your funny filtration system.

A typical process of developing a joke/bit might run as follows:

An idea emerges in the mind of the comedian. A premise is identified. Some skewed idea or observation is the seed.

The comedian then writes the premise down.

They then begin to flesh out the originating idea/observation by asking themselves questions, such as…

What associations are there?

How is it commonly understood?

What would the inversion of that be?

How could it be described/explained?

What unusual “angle” can be brought to bear?

Writing is the critical second step in generating stand-up. The first is the originating idea/observation.

However, the first idea is often not the best idea. It is most often valuable as the genesis of superior ideas.

I literally teach my school-age son, when it comes to creative writing, something along the lines of this:

“The first take is what everyone will likely share. The second idea, from the first, is what the more creative and imaginative kids will reach for. Once you get to the third idea, and beyond, whatever else, you’ll almost certainly be in the territory of original ideas”.

The point being, use your first idea as fuel to reach superior versions of the originating concept.

Regular writing is essential for:

·   Developing some of those ideas

·   Dropping many of them

·   Fleshing them out into new territory

·   Keeping you attuned to the world and knowing some of your takes are going down on paper/screen.

The improved takes will more easily reveal themselves when written out, re-directed on paper, stand-up skills applied… The written word and the spoken word are twins. However, they are not identical.

For example, homonyms and homographs are incredible resources for stand-up comedians. The perfect seed for misdirection and generating surprise in the audience.

For those who aren’t already aware, Homonyms are words that sound the same, yet are spelled differently.

Homographs are words that are spoken and spelled the same, yet have multiple meanings, typically based upon context.

These special words are but only a couple of examples of technique and wording that are available to the savvy stand-up.

One can edit a page of ideas, good or bad.

One cannot edit a blank page. One can only fill it up.

Editing your ideas and material is arguably, every bit as important as writing those ideas down in the first place.

Your ideas are a numbers game. What seems really promising the day you thought of it, Sunday, can invite a “What the hell was I thinking of..?” response when you review it on Tuesday.

If you write 10 ideas down on Sunday and by Tuesday just 2 or 3 of them aren’t embarrassing, then hey, you got 2 or 3 new ideas that have passed the first-round filter.

Do this 5 days a week (I won’t suggest 7 days a week, I’m not a monster!) and within a week, you’ll hopefully have double-digit ideas with potential.

Start drilling into them, flesh them out. Some won’t make the grade. They get dropped in this second round of filtration. Or maybe held back for a review another time, another frame of mind.

What remains… well, they seem promising.

Ideally there is now a flow of fresh ideas and time spent developing the best. It’s a reassuringly bright prognosis for creating some solid stand-up.

Your brain is a muscle and comedy requires brain-power.

Exercise your brain, whenever and however you wish, with regular writing.

If you have read this far, you'll want to leave your email address below to get all our blog posts, news and special offers direct to your inbox.
Success! Now check you email to confirm your subscription.

There is a broad array of comedy education, interviews and plain weird and funny performance videos there. All for you. More info-packed blogs such as this one can be found at https://www.wearefunnyproject.com/blog